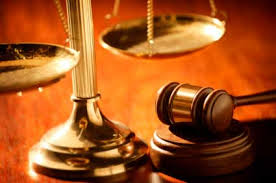 © Copyright 2003 by Bob and Gretchen Passantino

The evidence for the historical Jesus, his teachings, miracles, and resurrection from the dead, is so overwhelming that it places Christianity far above any other world religion. What distinguishes Christianity from all other religions is not its morality – Buddhism promotes moral behavior; not its longevity – Hinduism is older; but its claim that God became man and redeemed the world by his own sacrifice. This is Christianity’s strongest attribute, since it can stand the test of history and historical empiricism. We can prove what others only theorize, meditatively conjure, or feel. It is also Christianity’s greatest vulnerability, because if one could disprove Jesus and his resurrection, one would disprove Christianity itself. If Buddha never lived, the moral principles of Buddhism would survive. If Krishna was not a manifestation of God, the philosophical ideas of Hinduism would still be entertained. But if Jesus did not live, die, and rise again immortal in his physical body, then the very basis of Christianity is destroyed. Judicial and Islamic expert Sir Norman Anderson remarked, Christianity is, truly, “the witness of history” – its original followers died not for a system of rituals or a list of behaviors, but for the empirically verified and historically preserved fact of the death, burial, and resurrection of Jesus Christ. As the apostle Paul said, “if Christ is not raised, our faith is vain and we are of all people most miserable” (1 Cor. 15:17).

Although this subject could be explored from a variety of perspectives, we will look at only one aspect: the standards of proof God insisted his people should follow when they tested the religious claims of anyone. In the contemporary world we have become accustomed to rampant, naive pluralism – any and all religious propositions are given equal weight and value even if they are irrational, meaningless, contradictory, or otherwise unbelievable. This is not the culture of the people of the Bible, the Jews who looked forward to the coming of God’s Messiah (in the Old Testament) and the Jews who witnessed that coming (in the New Testament). Indeed, the Bible instructs everyone to withhold judgment unless there is sufficient corroborative evidence. Over the years we have observed this biblical principle in both the Old Testament and the New Testament. We have come to call this the principle of “the testimony of two or more witnesses.” 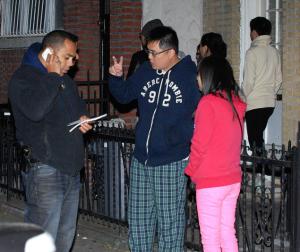 In Deuteronomy 13:1-5, God tells the Jews that they are not to believe someone who claims to be a prophet unless he comes with the correct knowledge of God as God had been revealed to them through the Prophet Moses, whose claim to represent God was affirmed by the miracles he performed before them and the Egyptians. (See, for example, Exodus 4:1-9.) Deuteronomy goes on to say that someone who claims to be a prophet must be right 100% of the time he prophesies – if anything he says is going to come to pass does not come to pass, he is not to be believed (Deut. 18:18-22). If this principle were applied today, no one would believe a newspaper’s horoscope column, a psychic hotline “friend,” a fortune teller, Nostradamus, or anyone else whose track record is not 100%. The biblical prophet, then, should not be believed merely because he proclaims his prophetic gift, but only if that claim is substantiated by at least two witnesses: its correspondence to what God told Moses and its 100% track record.

In the very next chapter of Deuteronomy, a general principle is given affirming the two witness idea that is to govern all the civil and criminal courts of the Jews. We read,

One witness is not enough to convict a man accused of any crime or offense he may have committed. A matter must be established by the testimony of two or three witnesses.

If a malicious witness takes the stand to accuse a man of a crime, the two men involved in the dispute must stand in the presence of the judges who are in office at the time. The judges must make a thorough investigation, and if the witness proves to be a liar, giving false testimony against his brother, then do to him as he intended to do to his brother (Deut. 19:15-19). 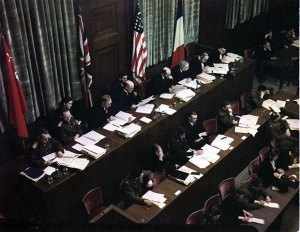 The same principle is mentioned or given by example in a number of other Old Testament passages. The principle says that one should not believe something without corroborating evidence, and that one who deliberately promotes falsehood is guilty of sin.

The New Testament affirms this same principle. Jesus himself used it in Matthew 18:15-20, where he instructed the disciples on how to settle a dispute in the church. The unrepentant sinning brother must be confronted with witnesses so that the judgment against him is assured to be just: “so that every matter may be established by the testimony of two or three witnesses” (v. 16). The church can have such confidence in judgment with corroborating evidence, Jesus says, that the church’s judgment is equivalent to the judgment of God himself (vv. 18-20).

Jesus Christ claimed to come from God and to be God’s Messiah. He did not expect people to believe him merely because he made a claim. In fact, in John 5:31, Jesus makes what at first appears to be a self-deprecating statement: “If I testify about myself, my testimony is not valid.” Jesus goes on in John 5 to describe that he does not testify merely about himself: his claims are verified by the prophet John the Baptist, by the miracles he did, by God the Father’s voice from heaven at his baptism, and by the whole testimony of the Old Testament, beginning with Moses. Jesus has more than met the principle of “the testimony of two or three witnesses.”

It should not surprise us, then, that in John 8 Jesus boldly claims, “Even if I testify on my own behalf, my testimony is valid” (v. 14) because it is not alone. Jesus spends the rest of John 8 providing the verification for his testimony: God the Father, Jesus’s miracles, Jesus’s teachings, his coming crucifixion, death, and resurrection, and even the eventual resurrection of all believers. 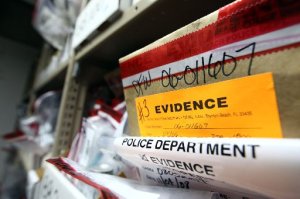 We find the principle of “the testimony of two or three witnesses” affirmed by Christ in his resurrection appearances as well. He did not merely appear alive in some sort of a spiritual vision or religious ecstasy on the part of his followers. He appeared in the flesh to multiple witnesses, men as well as women, believers as well as non-believers, inside a room, outside, in Jerusalem, and in the countryside of Galilee. In fact, Jesus appeared after his resurrection for a period of forty days – the traditional Jewish period between conviction and sentencing, set aside by the judges to allow ample opportunity for exculpatory evidence such as mentioned in Deuteronomy 19:16-19. When Jesus appeared to the apostles in the room he declared, “Look at my hands and my feet. It is I myself! Touch me and see; a ghost [spirit] does not have flesh and bones, as you see I have” (Luke 24:39). After so many appearances and proofs, Peter could preach confidently on the day of Pentecost, “Men of Israel, listen to this: Jesus of Nazareth was a man accredited by God to you by miracles, wonders and signs, which God did among you through him as you yourselves know” (Acts 2:22) and “God has raised this Jesus to life, and we are all witnesses of the fact” (v. 32). Paul recited for the Corinthian Christians a confession of faith that had been repeated by Christians from the time of the resurrection:

Even thirty some years later the apostle Peter did not waver in his conviction that Jesus’s identity was verified by corroborating evidence: “We did not follow cleverly invented stories when we told you about the power and coming of our Lord Jesus Christ, but we were eyewitnesses of his majesty” (2 Peter 1:16). 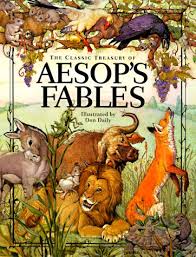 The apostles who followed Jesus and took his message of redemption and eternal life to the world were not to be believed without corroborating evidence, either. Jesus prophesied that they would do the same kinds of miracles he had done as a validation of their divine commission (Mark 16:17-18) and miracles accompanied their preaching from the beginning. Peter and John healed a lame man (Acts 3:1-10), Paul raised a young man from the dead (Acts 20:9-12), and many other miracles were performed by Jesus’s emissaries. Those miracles were tested by those who witnessed them. They were not magic tricks (Peter rebuked and refused a magician who thought he could “buy” the power of the Holy Spirit – Acts 8:18-22). They were not sorcery (Paul exposed a sorcerer in Acts 13:6-13 and cast a demon out of a girl who was used for divination in Acts 16:16-24). 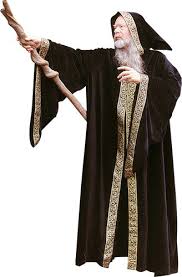 God manifested himself in Christ by his resurrection to those who were unbelievers or doubters who did not expect him to rise from the dead, over a period of forty days, in a variety of circumstances, to a variety of people, in a culture and historical period where the eyewitness testimony could be challenged. He came to a culture where accurate memory was trained into people and tested repeatedly as a normal form of preserving facts and events. He was followed by associates who performed the same kinds of miracles he had performed.

God gave us the best proof by appearing at a point in history as Jesus Christ, providing both followers and unbelievers with many infallible proofs, no only during his natural lifetime but after his resurrection. Jesus Christ provided a witness that launched a true and life-giving religion and gave us evidence for all time to believe in and trust God. The principle of “the testimony of two or three witnesses” is a principle by which a religion will stand or fall, and Christianity is the only religion that can stand. It is the only religion that gives an objective test for its own truth claims.

The greatest WordPress.com site in all the land!